Deprecated: __autoload() is deprecated, use spl_autoload_register() instead in /home/joysguest/public_html/wp-includes/compat.php on line 502

Deprecated: Function create_function() is deprecated in /home/joysguest/public_html/wp-content/plugins/LayerSlider/wp/widgets.php on line 4

Warning: "continue" targeting switch is equivalent to "break". Did you mean to use "continue 2"? in /home/joysguest/public_html/wp-content/plugins/revslider/includes/operations.class.php on line 2364

Warning: "continue" targeting switch is equivalent to "break". Did you mean to use "continue 2"? in /home/joysguest/public_html/wp-content/plugins/revslider/includes/operations.class.php on line 2368

Warning: "continue" targeting switch is equivalent to "break". Did you mean to use "continue 2"? in /home/joysguest/public_html/wp-content/plugins/revslider/includes/output.class.php on line 3169

Deprecated: Function create_function() is deprecated in /home/joysguest/public_html/wp-content/plugins/revslider/includes/framework/functions-wordpress.class.php on line 257

So Your Relationship’s Honeymoon Phase Is Over? Here’s the Surprising Good News 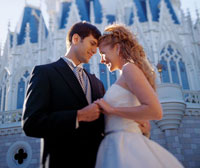 Anyone who follows research covering the state of marriage today will probably agree that the data is often inexorably depressing. It’s a wonder that anyone in my field, exposed to this material day in and day out, ever gets married at all. Just to survive the research one has to be a hopeless romantic at heart. Coincidentally enough, the same trait is required of all couples hoping to beat the statistical odds of divorce. In addition to rose-colored romanticism, married people need strong backbones, steely determination, and a dose of saintly compassion if they plan to make it together. Well, I guess that explains why so many marriages end in lawyers’ offices; after all, how many couples have compassion to spare?

But wait. We can at least try to be optimistic, can’t we? Let’s examine one of the more recent studies and see if we can find a way to, as the saying goes, “make a silk purse out of a sow’s ear. ”

We all know that the early stages of a relationship are known as the “honeymoon period” for a reason. This is when we’re still infatuated, still a little starry-eyed over one another. During the honeymoon phase, the qualities we’ve sought in a partner gleam like perfect crystal, and the traits we detest fade away like fog. Psychologists call this the “idealization” phase, a time when we can still project the characteristics we find most compelling onto our mate, and believe that he/she actually possesses them. During the honeymoon, we are on relatively good behavior, too—sometimes, even our best. The sloppy Joe is still a somewhat tidy Tim; the jaded Jane wears a coquettish grin. Sex is still . . . sexy. Worn out sweats and plaid shirts get stuffed to the back of the closet, and department store charges for new shades of eye shadow and a teddy or two still pop up on the monthly statement.

In time, however, the honeymoon draws to an exhausted conclusion, and couples grow careless enough to stop trying so hard—or at all.

According to a poll of 5000 couples, after two years of marriage it’s the little things that go by the wayside. Couples stop sharing the TV remote or celebrating the date they tied the knot. Seventy percent admit to being so comfortable with their spouse that they frequently leave socks, pants and other dirty laundry laying around the house. Two thirds of the women polled said they no longer make the effort to dress up for their husbands, while 54 percent stop bothering with make-up. Meanwhile, 79% of the men can’t even manage to keep the toilet seat down.

Clearly, after a few years, our idealized projections fade like wisps from a dream, and our partner’s less appealing traits appear with surprising regularity. Put simply, people go back to being who they really were all along. Once the frosting melts from the wedding cake, each partner gets to see the other as the plain slice of white bread they were. Thunk. The hallowed honeymoon is officially over.

How long does that halcyon period last, anyway? According to the aforementioned survey carried out by the firm www.onepoll.com, the average married couple’s honeymoon period lasts precisely two years, six months and twenty-five days. Thunk. Thud.

On the face of it, one could conclude that it’s a very bad, bad thing when all those jaded Jane’s and sloppy Joe’s reappear in the homes of couples around the globe after just a few years. I wonder, though, if it’s really so awful. Is there anything positive or inspiring to be said about the end of the relationship honeymoon?

When one’s idealizations and projections about the perfect partner fall away, the real relationship can begin. That’s when true commitment evolves from infatuation and couples have a shot at discovering a love that transcends time. (Yes, that’s the hopeless romantic in me speaking here.) Of course, first one must get past the shocking realization that they married a Jaded Jane, Emotionally Stunted Stu, Bitchy Barbara, or whomever. Some people never recover from learning that the person they married is not—and never really was—the person with whom they thought they’d fallen in love. If there are vast differences between one’s projections—or, in some instances, the other’s facade—and the genuine article, the relationship may not last far beyond the honeymoon stage. However, if one finds that their partner is embellished, rather than diminished, by evidence of the real and ultimately more complex person they are, a stronger connection is then forged.

Post-honeymoon we find ourselves in what one could call the growth or development phase of the relationship. However, I prefer to call this the “blossoming” phase. The image of a bud breaking open, expanding, becoming more than it was—more layered, more fragrant, perhaps more fragile, but ultimately more exquisite—represents the process that takes place when a good relationship emerges from the bud of its honeymoon stage.

Why did I include the term “fragile,” you might ask? During the phase when reality first hits hard, we are indeed delicate, fragile. This is when we need to take care of each other better than ever, otherwise the dismay over new revelations can become an excuse for cutting off emotionally or unleashing anger. Instead, we need to see that the new reality cuts two ways. As you are reacting to the shocking changes in your partner, your partner is reacting to the startling changes in you. Your fragility during this period is real. The tone for months and years to come will be set by how you handle these changes, the depth of compassion you show, and the extent to which you are both able to ask (kindly) for more of what you experienced before the alterations appeared. Whether you desire more coquettish grins from Jaded Jane or a re-emergence of Tidy Tim, you need to express your needs in ways that make your partner want to satisfy them, while remembering that an act of compassion by one of you will likely beget its equal from the other. In other words, for each sexy smile that Jane offers, Tim will once again remember the location of the clothes hamper before dropping his gym shorts on the bedroom floor. So there is no margin in being stingy with your gifts. The blossoming of a relationship is a cooperative effort, as well as an uncomfortably honest one. Yet, these efforts fill the blossoming stage with greater rewards than those of the honeymoon, because they are more seriously, thoughtfully wrought.

For every bit of sad news about marriage that crosses my desk, there is a counterbalancing reminder that, while all couples may not love easily or well, some love harder and more deeply over time. If you’re romantic enough, you’ll both want to keep trying to fit into that group—swinging the silk purse you made from your sow’s ear all the way home.